Well, the nineteenth annual Underhill Graduate Colloquium, put on by the History Department at Carleton came to a close on Saturday morning. An all-round success I’d say! One of the panels I attended has stuck out to me in particular: “State of the Art: Archives, Museums, Colonial Records and the Ethics of Displaying the Past “.

One of the ideas that came out of the papers and following discussion was that the “ideal” (in this case the ideal of what a nation’s citizen should look like) can be, in those rare cases, real. Not everyone who looks at a museum panel portraying the experience the citizens of country “x” in place or time “y” is going to be able to relate – in fact most probably will not at some level. But for some, the representation will ring true.

Instead of getting me thinking about the problems of nationalism, though, and how who is considered a member of a nation is more of an exclusionary process than an inclusive one, I began thinking of this notion of the ideal being a real experience for some.

As you might expect, I thought of one of the papers I’m working on now – on colonial urban spaces in the postcolonial present. In most of the recent scholarly work on colonial cities, what tends to be stressed is that although colonizers organized and built cities to divide along class-based and racial lines which emphasized power differences – this ideal blueprint rarely had the intended effect.

But what if it did in some level? What if the ideal intimidation and controlling power of colonial urban design had a real effect?

What is has continued to have these effects on some level? Or perhaps not? 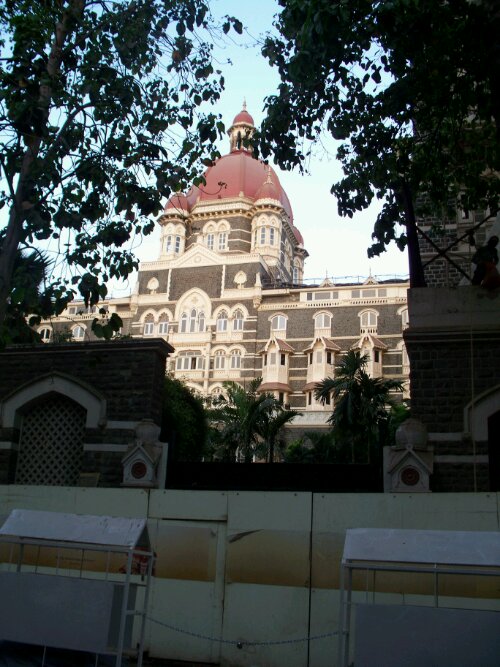 Complicating all the binaries! The Taj Mahal Palace Hotel, Mumbai, 2009. Although of a similar architectural style (IndoSaracenic) to other British colonial buildings, this hotel was built by wealthy Indian business man Jamsedji Tata.

These are the questions I hope to delve into in my paper on postcolonial Accra. Stay tuned to see what my research crops up!